From Cambell Robertson at the New York Times: 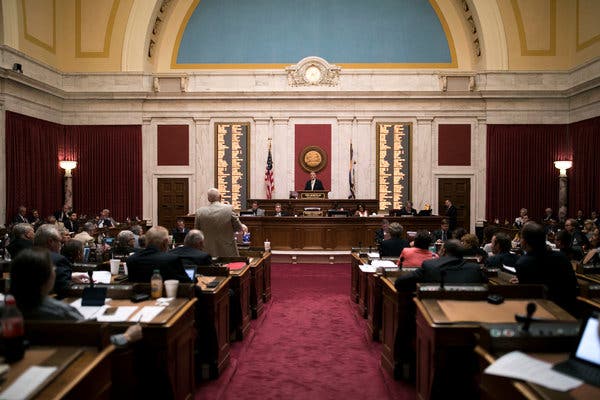 CHARLESTON, W.Va. — The whole episode began with office renovations and a $32,000 dark blue suede sectional sofa, accented with more than $1,000 worth of throw pillows. Now West Virginia’s entire Supreme Court is being impeached.

Late Monday night, after a long day of discussion and at times testy debate, the West Virginia House of Delegates passed 11 articles of impeachment against the four sitting justices of the Supreme Court of Appeals, the state’s highest court.

Advocates for the impeachment, mostly Republicans, who hold a large majority in the House, said the scale of the justices’ misconduct, though not illegal, called for an extraordinary response, a process the Legislature has resorted to only once over the past hundred years.

“They think they’re better than everybody in this state that works a blue collar job!” thundered Delegate Michael Folk, a Republican, tapping into the populism that runs deep in the state. “The average citizen in the state of West Virginia is appalled.”